Marketers Get Ready — Blockchain is Here

About 6 years ago I came across this revolutionary idea: a completely digital currency. No centralized banks or SEC rules (yet) and all of your transactions (read privacy) are “anonymized” (don’t freak out crypto geeks, I know).

You exchange your physical currency for this “anonymous” digital asset. This was huge. It would upset the entire balance of power. I was, figuratively, thrown out of my seat. I almost invested my entire life savings, which at the time was a nominal $5,000 I had managed to scrape together while trying to pay off some of my student loan debt.

I get to the registration page. You had to give your social, a copy of a utility bill and a photo of your ID. Steal my identity? No thanks. Thankfully, I closed the window.

I was about to invest my money into MT Gox which was later hacked and all of their money was stolen. Google it and you’ll find stories about the folks who were part of that $450 million loss.

Fast forward to 2017, and it’s now the $95 billion investing craze. But it’s not just about money…

Most of you might have already heard of Bitcoin. If not — welcome to the party. But not all of you might understand what it really means, what it does and how it works. Bitcoin, and other alternative (alt) coins like Ethereum (ETH), Litecoin (LTC), Dash (DSH), Ripple (XMR), etc. are based on what we call Blockchain.

Blockchain is a digital ledger that is recorded chronologically (in sequence) and publicly (for all to see). Transactions are recorded on a publicly held “book” that is distributed and validated over an entire peer-to-peer network.

There are incredible benefits when you do something like this. You take out the middleman and distribute the “trust” of the data across an entire network. Amongst many others it also adds security, scalability and transparency.

Ok now that you’re all caught up — how does this actually apply to Marketing?

You’re now in the club. We all talk about the club…we just do it from a remote computer and there are (usually) no fists involved. I want you to brainstorm a bit here with me. Let your mind wander. Think of what types of information you could exchange and distribute over a large network. I’ll give you a for instance…

We’ve all seen the news on police brutality and how it’s affecting communities around the US. Some departments have started to wear body cameras. What if you took that information, as it’s happening, and distributed it across the blockchain. No central authority could lose it, or change that data (this is called immutability. fancy, I know).

Now what if you empowered citizens to also wear these and to report crimes they see? Neighborhood watch would take on a new function and police entering a situation could feasibly do so much more safely (ignoring the social, political implications here — this is just to get your brains moving).

Or how about allowing users to post their content to a website and get paid based on the number of votes that they get with digital currency? The crowd controls the votes, the content and the disbursement of coins. Users get rewarded for posting, commenting and voting on posts. Eureka moment: Steemit is currently doing this.

Or what about a system that uses blockchain technology to manage user attention? Advertisers pay for actual attention on their ads rather than banner ads that annoy and confuse the user. The user gets highly relevant ads while maintaining their privacy. Oh and the users get paid for viewing the advertisements. Spoiler alert: this is the Basic Attention Token (BAT). 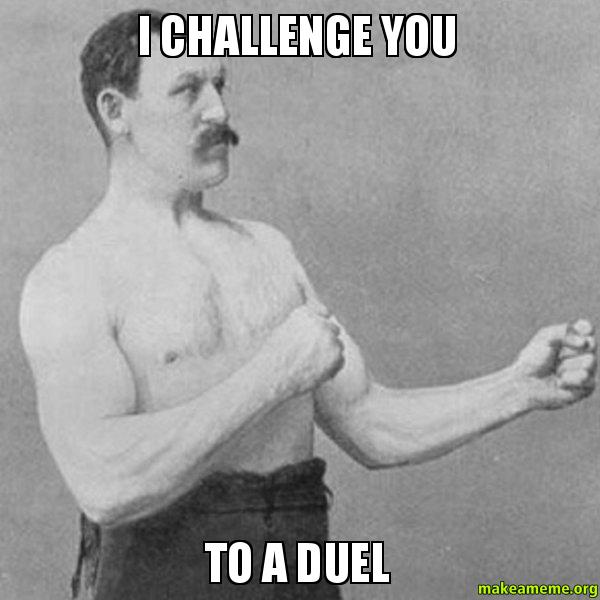 You are going to start to see more of these ideas pop up. I’ll cover a few more real-life applications in the weeks to come.

VC funds, banking institutions and IT companies are starting to foam at the mouth for new applications of this technology. Why? Because they can either leverage a growing digital currency (like you see with Ethereum) or they can create a brand new form of currency (a token) out of thin air that carries some value. The crowd funds the entire venture.

So, I challenge you. I challenge you to keep this community thriving. Learn more about Blockchain. Look at the markets. Find that idea that hasn’t been considered yet and go for it.

I challenge you to push forward instead of being dragged forward.

Until next time, folks.

Users Should be Paid to Provide Attention

The Next Wave of Mass Media Will be Crowd Funded